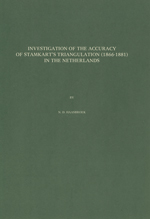 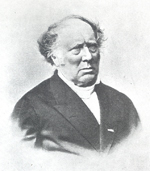 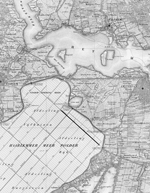 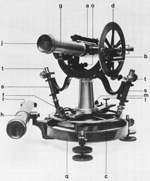 The motive for Stamkart's triangulation carried out in the Netherlands, between 1866 and 1881, is already mentioned in the first section of Haasbroek's publication on the accuracy of Krayenhoffls triangulation and in the very detailed paper by Mr. N. van der Schraaf, assistant secretary of the Netherlands Geodetic Commission, in the professional journal Nederlands Geodetisch Tijdschrift. The motive was based on an invitation dated July 16th 1861, by the Prussian ambassador at the Hague to the Dutch government for the participation in a Middle European triangulation, drawn up by the Prussian general Baeyer.

At first it seemed possible that a re-computation of Krayenhoff's triangulation, completed with a base line and new astronomical measurements, could be used for this purpose. A thorough investigation, published in 1864 by F. Kaiser and L. Cohen Stuart, however, showed that Krayenhoff's work should be rejected "as the measurements are far too inaccurate for the Middle European triangulation". In fact the investigation was done only by Cohen Stuart. Kaiser, the well-known astronomer, gave only his name to it.

In his letter dated January 15th 1864 to Kaiser, Cohen Stuart suggested a new triangulation. It could consist of double chains of triangles, connecting the astronomical station Leiden with the existing triangulations in Belgium, Hannover, and possibly Prussia. "It seems desirable that our part in the Middle European triangulation should be made an independent whole by measuring a base line". Cohen Stuart thought that the measurements could be done in the summer seasons of three or four years by two "experts" and their assistants. The computation of the triangulation would take about one year extra so that the total duration would be about four or five years.

In his letter dated January 28th 1864 to the Netherlands government, Kaiser proposed that Cohen Stuart should be charged with the geodetic part of the triangulation. He himself was willing to do the astronomical part.
Only on August 19th 1865 Kaiser was informed that for the year 1865 five thousand guilders were allocated for the triangulation. Cohen Stuart's appointment as the director of the geodetic part, however, could not be realized. Because of his activities as the director of the Delft Polytechnical school he had the Minister informed that he could not accept this task. Thereafter Kaiser proposed to appoint Dr. M. Hoek in Cohen Stuart's place. Dr. Hoek was the director of the Utrecht Observatory. But also Hoek refused, according to his letter to Kaiser, for rancorous reasons.

Already in a letter dated December 1st 1865, the Minister informed Kaiser on Hoek's refusal but in the same letter he wrote that Dr. F.J. Stamkart, inspector of weights and measures in Amsterdam, was willing to accept the appointment.
Kaiser was not very happy with Cohen Stuart's and Hoek's refusal as may be derived from his letter to Stamkart dated December 13th 1865. In this letter he wrote: "It is remarkable that the younger generation, though talking big, withdraws itself when there is something to do and leaves the work to the old age". Kaiser was then 57 years old, Stamkart even 60.

According to Van der Schraafls paper from which several details in this "Introduction" were borrowed, it is not very likely that Stamkart himself sought this new position. It is not clear who drew the attention of the Minister to him. In a letter dated September 1885, Van de Sande Bakhuyzen wrote to Schols "that it could not have been Kaiser. Was it possibly Stuart ?".

From the official correspondence in the archives of the Netherlands Geodetic Commission, according to Van der Schraaf, this question cannot be solved. It might be possible, however, that inofficially Kaiser drew the Minister's attention to his (Kaiser's) old friend Stamkart or that the Minister himself chose him as in 1865 Stamkart and Hoek reported to the Royal Netherlands Academy of Sciences on Kaiser's and Cohen Stuart's "Eischen der medewerking" mentioned before.
Thanks to Van der Schraaffs paper the backgrounds of Stamkart's appointment as the director of the triangulation are now known in detail. The triangulation itself, however, is little known as, when Stamkart died in January 1882, the measurements were not quite completed. The computations even had to be started. The triangulation had then already taken sixteen years, much longer than the four or five years Cohen Stuart had estimated in 1864.

Already in 1878 the Minister grew impatient on the long duration of the work as may appear from his letter dated June 19th of that year. He remarks there "that three times as much time and twice as much money has been spent on the triangulation as was estimated". Before the money for a subsidy in 1879 could be put on the budget for that year the Minister asked the advice of the Royal Academy of Sciences whether the continuation of the triangulation was desirable. At the same time Stamkart was instructed to give all the informations necessary for this advice to the Academy. From the Royal Decree dated February 20th 1879, it appeared that the triangulation would be continued under the supervision of a commission, The Netherlands Commission for Triangulation and Levelling. Stamkart himself was appointed as its first president.

After his death all the documents relating to the triangulation were turned over to the commission. They were studied thoroughly by their secretary Schols. He concluded that "since before 1866 Stamkart was never engaged with accurate angle measurements the results of his angle measurements were far below the precision adopted for the European triangulation and even less good than Kravenhoffls measurements, rejected previously as insufficient". This judgement, officially redacted by Schols and Oudemans, but in fact only by Schols - the draught in Schols' handwriting is in the Archives of the Netherlands Geodetic Commission - was communicated in a letter dated February 28th 1885 to the minister of home affairs and to the members of the second Chamber of the States General. It was signed by the entire commission, H. G. van de Sande Bakhuyzen (the Leiden astronomer, president), Ch. M. Schols (secretary), and the three members J. Bosscha, J. A. C. Oudemans and G. van Diessen. The text of the letter is published in the professional journal Tijdschrift voor Kadaster en Landmeetkunde. The above underlined quotation is an excerpt from the letter. It was the death-blow to Stamkart's work and it can be considered as the motive for the new first order triangulation by the Netherlands Commission for Triangulation and Levelling.
Since that moment the extensive files of a sixteen years work lie buried in the archives of the Netherlands Geodetic Commission.

After Schols' investigation Mr. C.W. Moor was about the first who - in 1953 - consulted them again for his thesis Triangulaties in Nederland na 1800 (Triangulations in the Netherlands after 1800). His conclusions correspond with those already given by Schols and they relate mainly to the insufficient investigation of the instruments used, e.g. the systematic errors in the calibration of the limb of the theodolite, the bad state of the microscopes (especially microscope B), the systematic errors in the slow motion screws, and the incorrect execution of the measurements of the directions in the series.
It is true that Schols in his condemnation of Stamkart's work had no other data at his disposal, but Moor might have compared the angles of some triangles in Stamkart's network with those of the identical triangles of the excellent R(ijks) D(riehoeksmeting)-network.
This publication will be an attempt to investigate Stamkart's long-forgotten work.