Gravity expeditions at sea 1923-1930. Vol. I. The expeditions, the computations and the results 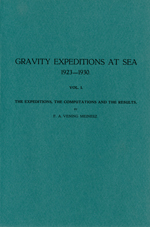 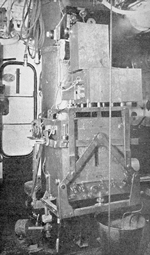 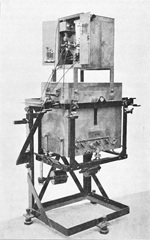 This volume contains the report of the maritime gravity expeditions of the Netherlands Geodetic Commission during the years 1923-1930. The results are reduced to sea-level without further reduction; they are put together in the list on pages 101 et seq.
A second volume will contain the isostatic reductions of the results and the discussion of their interpretation.

During the Gravity Survey of Holland in the years 1912-1921, the mobility of the soil in the Northern and Western part of the country caused difficulties, which have led ultimately to the development of a new method for determining gravity at sea. In the swampy parts of Holland, no fixed base could be found for the pendulum apparatus, and it was, therefore, necessary to take special measures for ensuring the accuracy of the observations notwithstanding these macro-seismic movements of the apparatus. This end was reached by a method of swinging two pendulums at the same time in the same swinging plane; in this way the principal effect of the mobility of the apparatus, the effect of the horizontal accelerations, could be eliminated. The observations were made with the ordinary Stückrath apparatus, in which four pendulums swing two by two in planes, perpendicular to each other. For further details we may refer to the publication of the Netherlands Geodetic Commission: 'Observations de Pendule dans les Pays-Bas', Waltman, Delft.

The success of this method of eliminating the effects of disturbing movements of the apparatus led to a further investigation of its possibilities in order to see if it could also be applied on board of ships. After developing the method and adapting the equations to the greater movements, which could be expected, this proved to be possible, provided the ship's movements do not exceed a certain limit. This condition can be satisfied by making the observations on board of submarines during submergence; in this way the ship gets below the wave disturbance and the rolling and pitching is reduced to a small and very gradual movement. Even during rough weather it is easy to reach a depth, where the ship is sufficiently quiet: for an ordinary wave movement, a depth of 20 meters is usually enough, for long ocean waves it may be necessary to submerge to 30 meters or more. A further advantage of the submarine is the fact that during submergence it is moved by electromotors, which do not bring about vibrations. The idea of making the observations on board of submarines was first mentioned to the writer by Prof. Dr. Van Iterson. Director of the Dutch Government Mines.

Some preliminary experiments having been made during the summer of 1923 o/b a submarine of the Netherlands Navy in the neighbourhood of the Dutch Naval Base, Helder, and these experiments having proved satisfactory, it was resolved to put the method to a thorough test during a longer voyage. A good opportunity was offered in the autumn of 1923 by the voyage from Holland to Java of three Dutch submarines, Hr. Ms. K 11, K V11 and K VIII, accompanied by a mother ship, Hr. Ms. Pelikaan. The Netherlands Geodetic Commission, President Prof. Dr. J. J. A. Muller, Secretary Prof. Ir. Hk. J. Heuvelink, asked permission for the writer to embark with the necessary apparatuses o/b of one of these submarines and to make experiments during the voyage. The permission was granted by
the Minister of the Navy, his Exc. Mr. E. P. Westerveld.

Before the beginning of this voyage the apparatus had to be adapted to the projected method. The principal alteration to the Stückrath apparatus was the making of a photographic recording device; the elimination method, applied during the observations in Holland, had been carried out with the old visual method, but this would be impossible for the newly developed method, which had to cope with the greater disturbances, caused by the ship's movements. Details about this method are to be found in the publication of the Netherlands Geodetic Commission: 'Theory and Practice of Pendulum Observations at Sea' and details about the apparatuses used during this first voyage are given in the next chapter.